Performance experience includes: Dancing in Singin in the Rain, Carousel, Oklahoma, Me and my Girl and My Fair Lady – SALOS (Swindon Amateur Light Operatic Society) at the Wyvern Theatre, Swindon.

Dancing at The Grandison Finals (the National Dance Finals) from the age of 7 to 16; winning solos, duets and trios on many occasions. Competing at the Imperial Classical Ballet Awards, Janet Cram Modern Awards and the Marjorie Davies Tap Awards. Dancing at The All England Finals at the Peacock Theatre, Sadlers Wells and competing with competitors from all over England; her most memorable moment was winning the 9 years Modern section out of over 40 competitors.

Performance experience include: Professional Pantomimes with Qdos and One from the Heart Productions including Jack and the Beanstalk, Peter Pan, Cinderella and Aladdin. Understudying the Parts of Cinderella and The Fairy Godmother. She has also danced in, Carousel, The Music Man, Oklahoma, Oliver, Thoroughly Modern Millie and My fair lady with Salos (Swindon’s Premier Musical Theatre Company). Hannah has taken part in Youth Projects at the Wyvern Theatre and The Oxford New Theatre, Taking on the roles of Agatha in Guys and Dolls, Lily St. Regis in Annie and Martha in High School Musical.

Television experiences include: Tess of the D’Urbervilles for BBC 1.

Hannah has also taken part in competitions and festivals throughout the country for both dancing and singing including the Janet Cram Modern Awards and the Marjorie Davies Tap Awards. 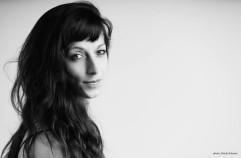 Anna Watkins graduated from the Rambert School of Ballet and Contemporary Dance in 2005. Anna was a dancer for Tavaziva Dance for 10 years—achieving the first longest standing dancer. Previously working with Motionhouse, Shobana Jeyasingh Dance Company, Neville Campbell and more. Anna was a dancer for Dance in Focus—collaboration between English National Ballet and dance photographer Chris Nash. She was Rehearsal Assistant for Tavaziva Dance 2009–2010, Project Manager in 2014—coordinating their Youth Dance Programmes for Tavaziva Male and Female, including choreographing on Tavaziva Female and Project Leader for ZIVA Youth Dance in 2015–2016. Anna has choreographed for CAT (Centre for Advanced Training) all over the UK, BalletBoyz Dancer’s Course and taught various professional classes including Rambert Dance Company & Tavaziva Dance.

Miss Kath has studied Drama and Theatre Studies throughout her education, performing in school and college productions as well as auditioning for the National Youth Theatre. She graduated from the University of the West of England in 2013 with a First Class Degree in Drama. During this time, Miss Kath performed in and directed plays by playwrights such as Sarah Kane and Frank Wedekind as well as devising Avant-Garde theatre and writing for performance. Miss Kath was the lead actor in a University film, screened at The Watershed Cinema in Bristol.

Now, Miss Kath works as a freelance Drama Tutor across Swindon and works full-time at The Wyvern Theatre and Arts Centre managing Front Of House Hospitality and Events. 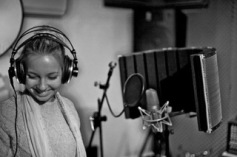 Poppy Hann-Brewer started dancing from the age 3 at Roynon dance school, Southampton. After moving to Swindon, age 9, Poppy studied Dance and Drama at The Judith Hockaday School of Dance and Drama where she  went on to complete her DDI’s and DDE’s in ballet, tap, modern and national. Poppy also studied Musical Theatre and Classical Singing,  successfully completing her diploma in Musical Theatre with the London College of Music.

Poppy is a keen performer and has been involved in various shows. Her performances include professional pantomimes and Amateur dramatics shows. She has also competed in festivals and competitions across the country and been involved in national dance demonstrations for the ISTD. 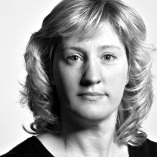 Miss Kerry has been a fully qualified Artistic Gymnastics Coach for over 25 years and has a wealth of experience in the sport.

When competing in the 80s/90s she was regularly the Wiltshire & South West of England Champion. When representing the Region in the British Schools Championships, Kerry was the only gymnast to perform the 'Comaneci' dismount off the A bars.

Even now, Kerry can still do the splits and back flip. She loves giving local children and adults a basic introduction to the sport and nothing gives her more pleasure than seeing people achieve new skills.

Kerry has joined TKFDA to help students enhance their flexibility & strength in Acro classes learning moves such as:

TKFDA is Acrobatic Arts Certified. Miss Kerry teaches the syllabus in our Acro for Dance classes & students are able to take examinations in this genre.

Born and raised in Wiltshire, Alicia developed a passion for music, learning flute and saxophone at school and gained a particular passion for singing.  She was part of Wiltshire Young Musicians Choir and enjoyed dance training and performing with Swindon Dance’s Swindon Youth Dance Company and Swindon Youth Talent Programme. At the age of 19 Alicia studied for her Bachelor of Arts in Music with Vocal performance, for which she received a degree with honours at the Academy of Contemporary Music (ACM) in Guildford. She has had further vocal training and teacher training with tutors such as Kim Chandler, Janice Thompson, Penny Price-Jones and Coral Gould MBE and has gained a diploma in Musical Theatre from LCM and a distinction at grade 8 from ABRSM. She has also completed teacher-training courses at ‘The Association of Teacher of Singing’ (AOTOS) and The Kodaly Method of Music Education.  Alicia enjoys songwriting and performing live and is involved in various band projects, and has regularly gigged across the country with function bands, duos and as a soloist.

Alicia is a passionate and energetic freelance vocal teacher who has been a member of Swindon Music Co-operative for the past 5 years, currently teaching at Swindon Academy in Pinehurst. In addition, she is a member of the Musician’s Union (MU) and AOTOS from which she receives liability insurance and enjoys a wide range of regular training opportunities.  Alicia is a friendly, supportive and encouraging teacher and endeavours to make an immediate and lasting impact on her students’ confidence and skillsets, both to individuals and in classrooms. She teaches all age groups and abilities and has successfully prepared students for exams, festivals, auditions and performances! As well as her work with Swindon Music Co-operative, Alicia has taught privately, at theatre schools and music colleges, where Alicia has lectured to degree level.

Jordan started dancing from the age of 3, following the ISTD dance qualifications through to Advanced 2 in Ballet, Modern and Tap and has recently graduated from Wilkes Academy with a Distinction* Btec Level 3 in Dance and Performing Arts. Alongside taking dance examinations, Jordan also competed at many dance festivals throughout the UK and competed at the All England Finals.

In 2014, she attended the IDO World Tap Championships as part of Tap Attack Team England where she became a Tap World Champion.
In 2016, she was also given the opportunity to perform at SoccerAid, on the Old Trafford football stadium pitch infront of 75,000 people.

In her second year of college, Jordan was given her first professional contract as part of the professional ensemble of Aladdin, in Aylesbury Pantomime.
Meanwhile she has been involved in various Corporate dance events and shows and has had the pleasure of performing at Move It for the last 3 years.

Want to find out more?